← Consultant in the Hot Seat – Sam Coleman
Jobs in a changing world: what is a “Multimedia Producer” →

On Monday the 3rd December we attended and were proud to sponsor the Futurebook 2012 round up. There were many fascinating speakers, many eye opening debates and certainly lots of concept based conversations based on the new ways in which publishing companies exist in this new marketplace. A lot of familiar ground was covered but there were some refreshing and ground breaking ideas and opinions from individuals keen to know more. If you were lucky enough to attend you may have noticed a prevailing sense of adventure and new life being breathed into business practices that had previously been thought of as impassable. It’s a brave new world and we’re proud to be a part of it.

We’ve gathered our opinions here but feel free to leave your thoughts in the comment box below.

It was an excellent day for discussing all things digital and I really enjoyed the International Perspective session.  We’re doing more and more work with international publishers and it’s helpful to know what’s happening globally.  Of particular interest was Marcello Vena’s introduction of RCS Libri’s new free ebooks on trains project.  As a regular train traveller this would be amazing but can’t see it happening any time soon here!  As so many people have said, it’s all about discoverability – the issue for sales of the 99% of titles that aren’t bestsellers.  It’s not just about book discovery, it’s also about the discovery of readers!  Patrick Rouvillois, MD International, Barnes & Noble outlined the creation of the Nook ecosystem and Nook channels for better discoverability. And Hannah Russell, Publisher Relationships Manager at Txtr gave us a fascinating case study of their move into the Malaysian market and the obstacles they’ve overcome working with a local partner, Maxis.  The Txtr beagle product is the first to be charged via battery with content added via Bluetooth – great for emerging markets.

Last Monday I was at FutureBook with others from the AtwoodTate team. I got to spend the day with my favourite people (publishing people ROCK!), listening to some really clever chaps and chapesses talking about what is happening in an industry I love – it was a good day. Lots and lots of things were talked about, but two things in particular struck me.

The first was the concept of The Brand. Publishers need to be looking beyond the book format (be that print or digital), and instead be embracing the whole IP (intellectual property). Think Harry Potter – it is the books, but it is also apps, games, and films, it’s a website, a theme park. It could be something else they haven’t invented yet. At the core is a central IP, or brand. This is going to require a change in working practices, multi-partner collaboration, and people brave enough to experiment.

Which brings me onto the other thing that was clear from the day. There is a crying need for people with the right sort of skills, and attitude, to embrace this digital future. Attracting, and keeping, these people might require us acknowledging that the best candidate isn’t always from a traditional publishing background. It is also about recognising that sometimes personality is as important as a set of skills. (Which is why AtwoodTate meets all our candidates, before we put them forward for an interview).

One of the most insightful and consistent messages running through the core of the Futurebook conference 2012 was the impact on publishing of consumer insight. Due to the almost open access nature of content the very fact that the customer is now able to provide direct feedback to the publisher opens up an entire new range of business practices. Rebecca Smart, CEO of Osprey, spoke in great detail regarding the need for publishers to specialise in their customer even going to such depths to understand their hopes and dreams as well as the story they tell themselves. This is vital thinking in respect to establishing exactly not only what the customer wants to buy but how their purchase is an integral part of their lives. Being able to understand the patterns of data that are now available to us in terms of customer profiling, spending habits, content usage and territory are quickly becoming fundamental in the way a company sells content and finds their “voice”.

Stephen Page from Faber touched on the next generation of readers and writers who are now in a position to feel a real connection with a publisher’s brand along with the content itself. The existing and emerging market would be foolish to ignore the importance of the consumer. The power of the blogging community is also an essential consideration to be taken into account as a company. There are new and exciting ways in which to focus strategy and enable direct communication with consumer markets. There are new virtual worlds to exist in and understanding the etiquette that comes with these concepts is vital to exist effectively and succeed financially. The power of the consumer in your hands. 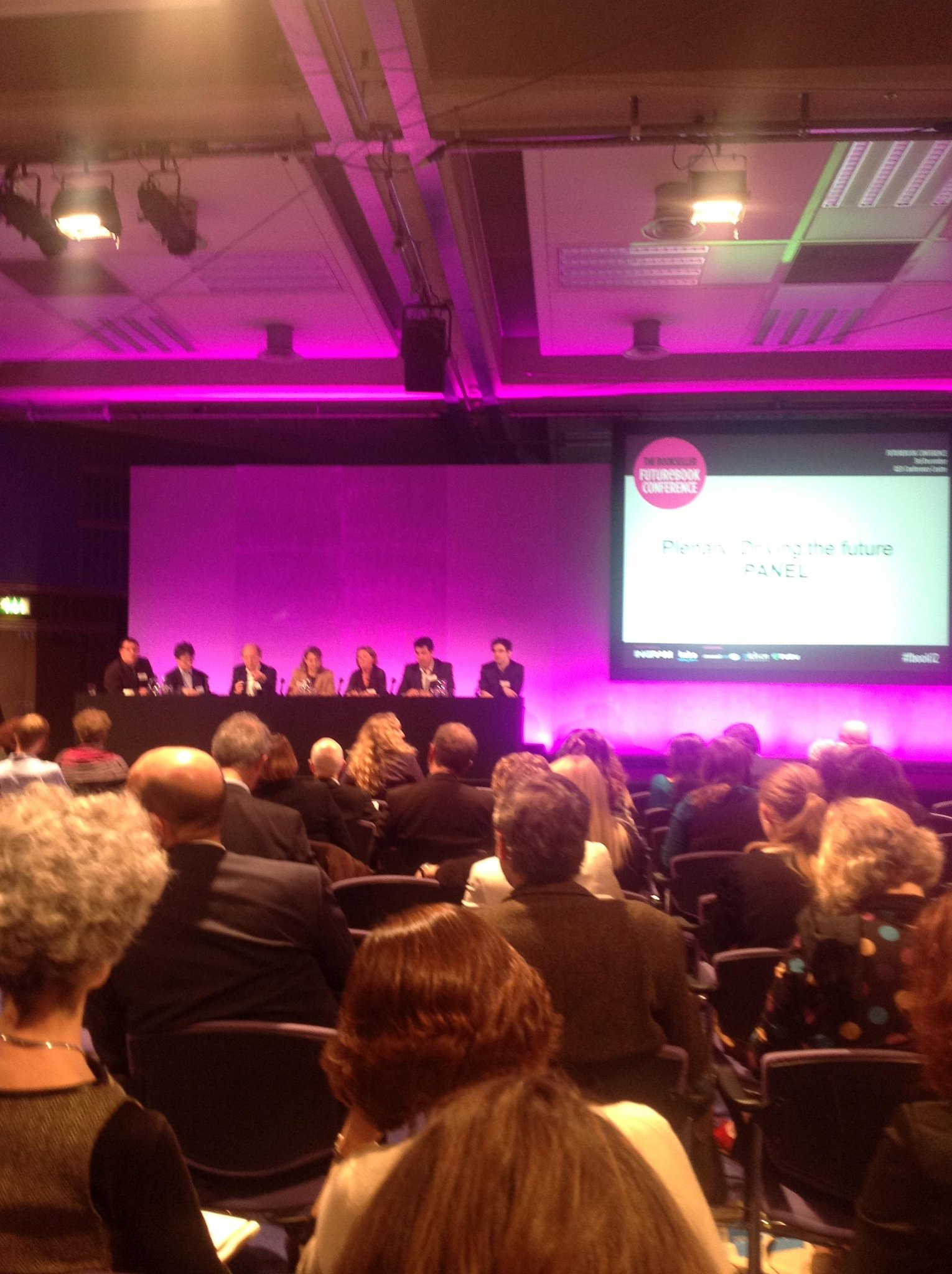 ← Consultant in the Hot Seat – Sam Coleman
Jobs in a changing world: what is a “Multimedia Producer” →

One Response to Futurebook 2012 Roundup